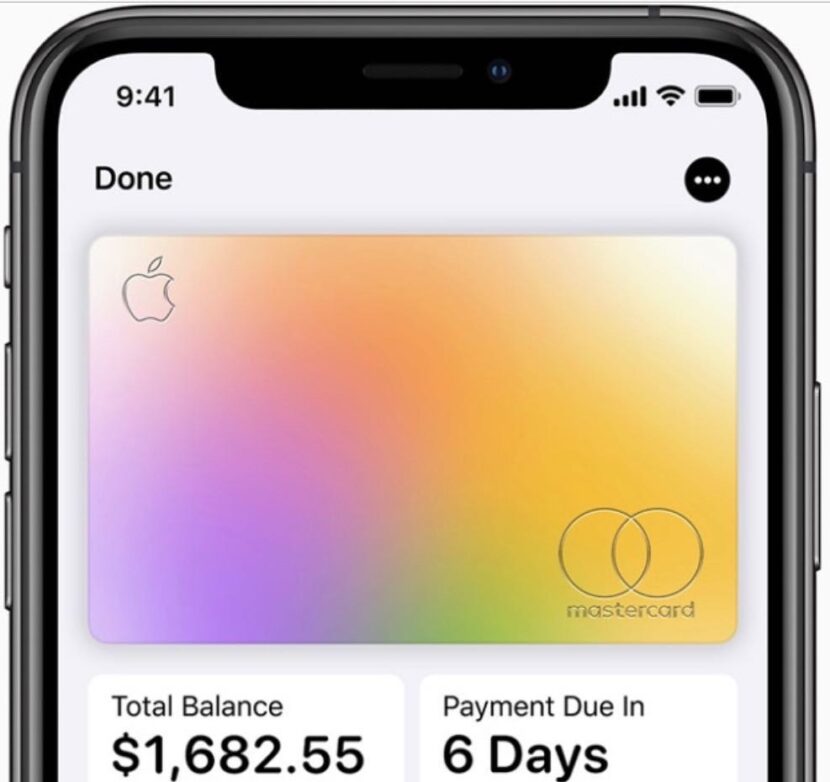 Has Apple® changed the game of credit card security?

With the new metal Apple Credit Card poised to release this summer; is it safe to say a new era of credit card security is upon us? We pose this question based on a few facts we already know about the new Apple Card™. The following information is NOT found on the new Apple card:

Essentially, with those aspects of card information removed from the physical card, it makes the card less susceptible to compromise; when handled in public. Twarthing the efforts of some random sketchy waiter that decides to take a photo of your credit card and hook himself up with a new set of yeezys.

So it begs the question… will the major debit & credit card issuers follow in suit? We think this is very possible; in the near future.

For instance, Capital One® currently offers an app where users can manage their card activity, make payments and even lock their cards from being used. The app also allows card users to look up their card number information for online purchases; just in case they forgot their wallet in the car or his wife takes the card on a shopping spree; thanks wifey.

So, why keep any data/information, other than your name and card type logo (Visa|MasterCard|Amex|Discover), on the physical card anymore? It would be simpler to just check the ID and complete the transaction.

How does this change the game?

We believe Apple® has definitely set a new precedent. We also believe if the credit card industry wishes to further protect their card users they should consider following the example of Apple®. Let alone the billions of dollars the credit card industry would save itself in the long run, by removing the temptation of would be wrong doers from copying down someone’s card information.

Ultimately, the less card information you presented in public, the more honest you keep people.

Felix R.
2021-04-14 10:45:19
I'm really happy with my metal credit card. the process was fast and the design team very much attentive and helpful. I will be ordering another conversion... read more

Tyson C.
2021-02-15 14:11:52
Absolutely amazing service, from start to finish incredibly professional and helpful. The design team did their job well and were patient with me during the... read more

Ned D.
2021-01-26 11:53:26
The communication between this company and its customers is amazing. Very detailed and quick responses. I Felt supported through the whole process.... read more

M P.
2021-01-11 12:33:46
I found Metal-creditCard on a google search. Skeptical about it first and then I kept doing some more research and finding more and more users that have... read more

Josh M.
2020-12-18 19:07:19
Just received my third metal credit card from this company. I use them until the cards expire and then order a new one with my new card number when it comes... read more

Erin H.
2020-06-19 17:23:10
I was debating doing this service with my debit card for months. I've always wanted a black metal card, but never went with one because screw the annual fee... read more

Carl R.
2020-05-07 13:44:23
I just received my metal credit card and cant express enough how amazing this card is. Absolutely top shelf. The customer service at this company is the... read more

John McKenzie
15:28 10 Jan 21
I became a metal-creditcard.com customer back in 2015/2016, and became a repeat customer in 2020. I have now replace... multiple flimsy plastic issued cards with HEAVY beautiful metal cards. If you are like me, I was a little concerned to release my card to a company found on the internet, however, DON'T BE. I am so happy I did, you will not have to worry about releasing your card (this is done perfectly and with great communication) and when you get your metal card back, you will be thrilled with it. This is the company to go with.read more

Bryant Gomez
02:44 10 Jan 21
OMG wow I am so in love with this card. I was really debating doing this due to all the fraudulent companies out there... specially it involving my debit card. But after looking at the process video and looking at everyone's reviews I decided to do it. And let me tell you I was not disappointed the card is amazing and feels amazing. The process was fast and they are so professional its all amazing. I will be getting another metal card from them no doubt about that.read more

Sam Vincent
22:49 12 Dec 20
Full disclosure: I'm being compensated for this review. That said, I don't need compensation to tell you how pleased I... am with this product. For a reasonable price, MCC Services gave me my very own Black (like) card, without all the annual fees and other nonsense. Plus they provided efficient yet thorough customer service along the way. Highly recommend!read more

Alexis H
00:05 08 Oct 20
I am a start up company and honestly it’s important to brand my image accordingly. I did not want myself and my... employees to take out clients with the generic and basic looking plastic cards that the bank issues. After searching online, I found this company and they walked me through the entire process, as I had numerous questions on how this entire process worked. Decided on several black matte cards and they turned out amazing. Their design team did such a great job; my expectations were definitely exceeded with their work and I can’t forget to mention the great customer service. I truly felt that I was treated VIP and put first. After placing my order, I was sent a paid label to ship that day. I approved designs the following day and it went into production. My order was placed on a Monday and I received my final metal cards that Friday. Wow!read more

JASON WITT
00:53 02 Oct 20
An absolutely great company with phenomenal customer service. Every time I use my custom metal card I get compliments... and asked where I got it. I highly recommend this company and know that you’ll be 100% satisfied with your custom metal card.read more

Jonathan Assas
20:18 21 Sep 20
Amazing Service and product. Never fails to turn heads when I drop my cards at a bar or restaurant. Want to get that... cut bar tender’s attention? Slap this bad boy down at the counter; INSTANT conversation starter. You can’t leave a venue without getting compliments. Very hefty and high quality, unlike the more flimsy “metal” cards my regular CC company offers. I’ve converted all of my cards to metal and will continue to do so in the future!read more

Carlos Jhasam Campos
19:06 17 Sep 20
The best purchase I’ve made! The quality of the cards are impeccable and the standards of service from them is top... quality, secure and beyond profesional. I should mention the custom work and the details and patience they have to make it right the first time. They are in direct contact with you and throughout the process, to insure you receive what you expect, and what you ask for. CEO Vincent Torres, is hands on throughout the process as well by giving you feedback to your specific card and any questions you may have. Something unique that not all companies have, is that Mr.Torres is involved in the making of your order whether it’s something simple, or complex. If there was a issue or a concern relating with your custom design (in my case) he swiftly contacted me and let me know and gave me options and ideas to modify and even make it BETTER then what I expected. I’ve had my cards for 5 years, and I have came back to him when needed. Cards are solid, durable, and produce more then what I expected in quality. Overall, you won’t and I repeat you will not regret this purchase EVER. I feel like it’s a self investment. And Metal Credit Card.com team solidifies that choice and piece of mind through their work.read more

Nick Music
01:50 16 Sep 20
The card looked good in the very beginning, but the finish wore down after a couple of months. Chip only lasted a few... months. Update - Upgraded because MCC reached out to help. Very good customer service. Thank you!read more

Albert Rodriguez
14:12 15 Sep 20
Metal credit card got me an awesome looking black metal card for my daily used visa it has lasted well over a year now... without any issues. The metal card is really good quality and I always get compliments about it. I completely recommend MCC!!!read more
Next Reviews

Metal-CreditCard.com will be closed the following dates:

We apologize in advance if these dates delay production of your order in any way.

Basic Warranty Included with all orders:

Review all the details in the link below: 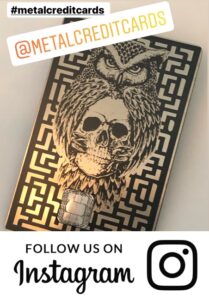 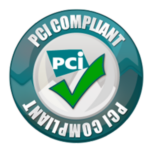